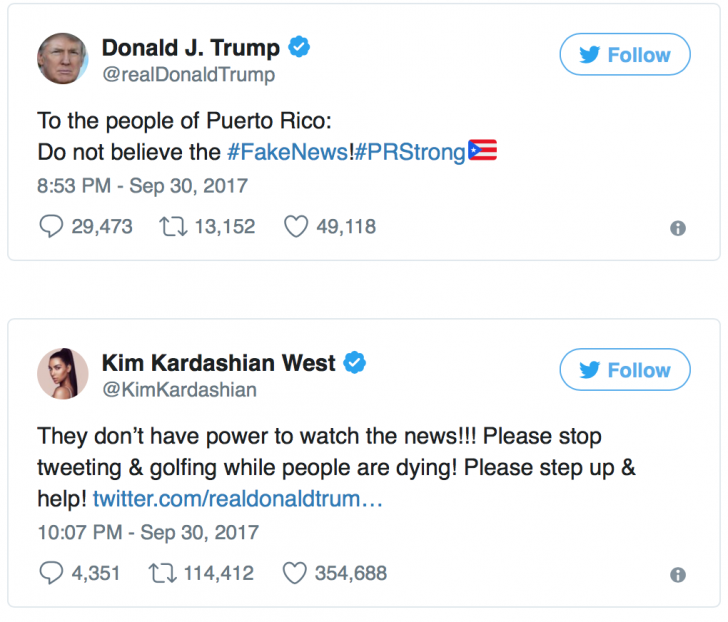 Advertisement
Quiz by Polls on October 1, 2017

On Saturday morning, the president lashed out at Cruz after she said the federal government’s response to the humanitarian crisis in hurricane-ravaged Puerto Rico was not “a good news story.” In a pair of tweets, Trump called the mayor “nasty” and criticized her “poor leadership ability.”

“Actually, I was asking for help,” she responded hours later, in an interview with MSNBC. “I wasn’t saying anything nasty about the president.”

But a slew of famous faces had already begun defending Cruz and venting their frustrations with Trump’s response to the crisis in Puerto Rico, where a huge swath of the population remains without water or electricity.

“You’re going straight to hell,” Lin-Manuel Miranda quickly shot back over Twitter, continuing his criticism in a series of tweets.

Read on for more: 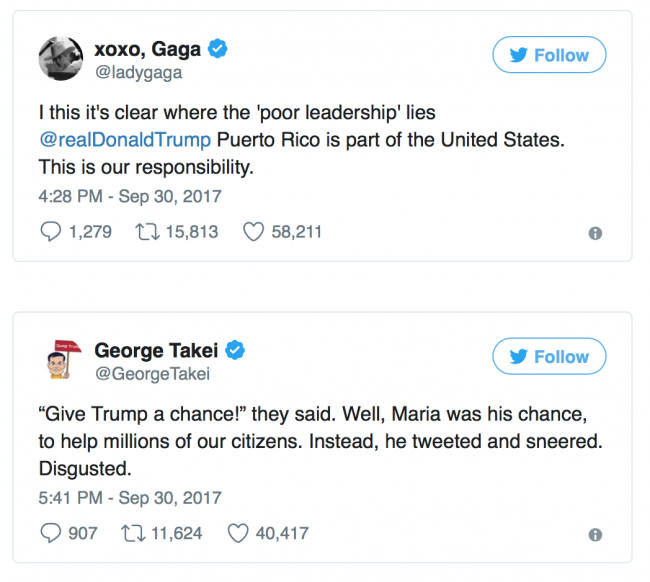 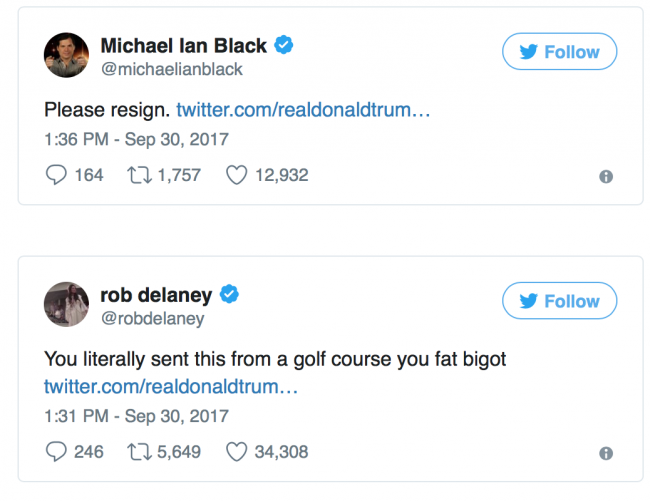 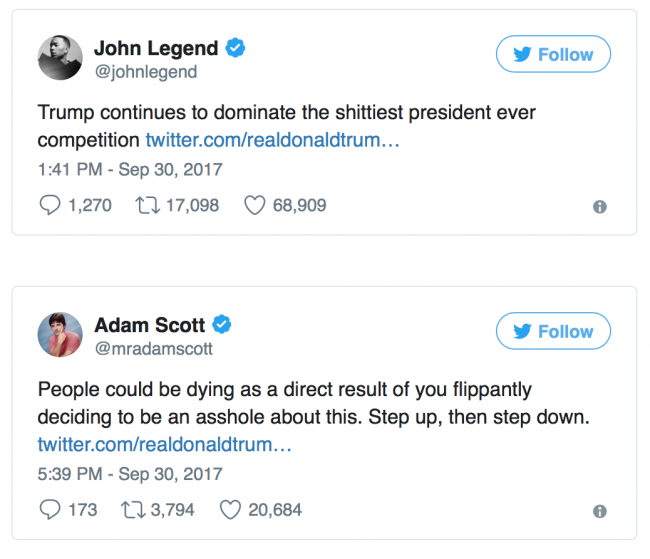 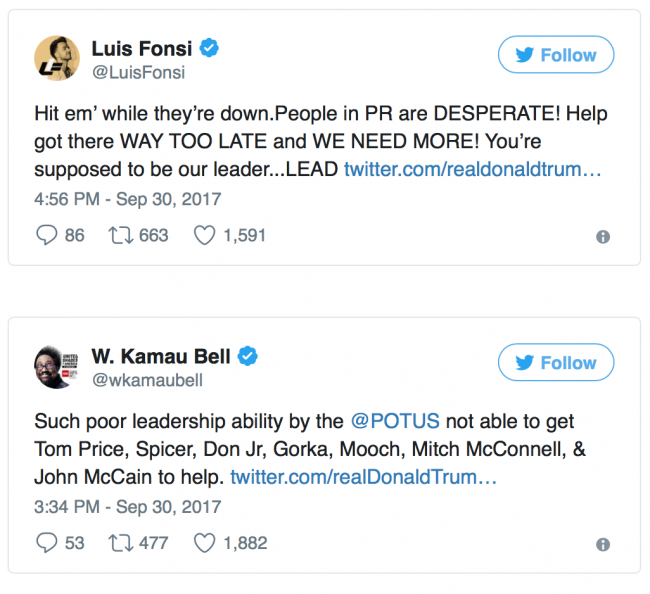 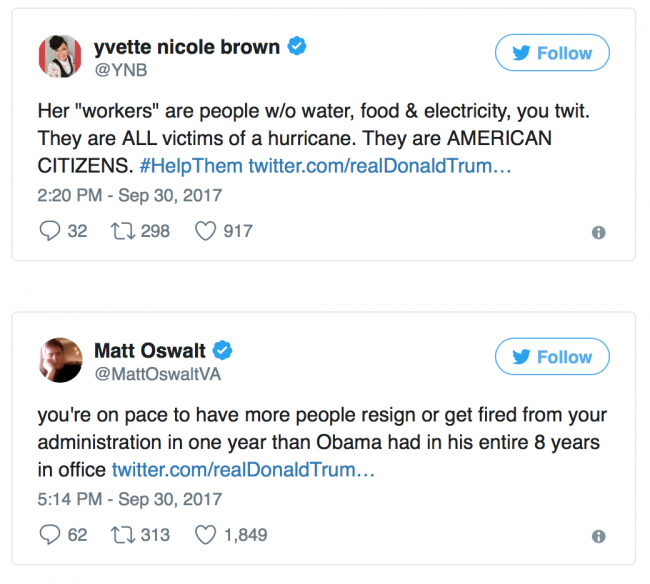 After Trump later lashed out at the media, telling “the people of Puerto Rico” not to “believe the #FakeNews,” Kim Kardashian shut him down in one tweet: “They don’t have power to watch the news!!!” she wrote. “Please step up & help!” 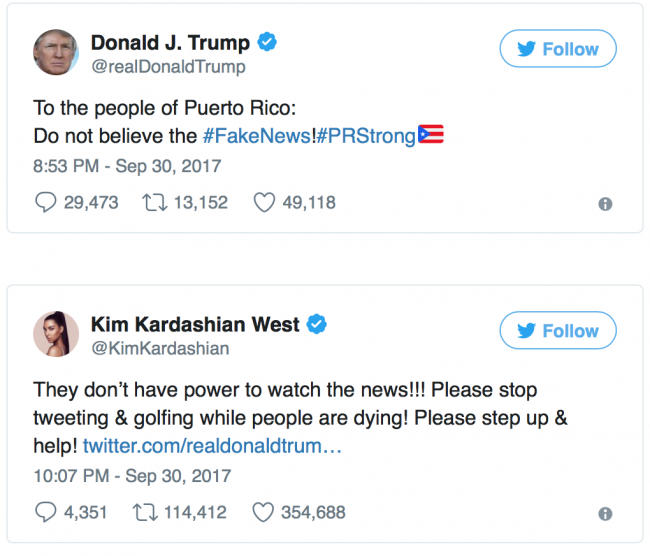 What are your views on this?

If You Drink A Shot Of Tequila A Day, Here’s The Incredible Effect It Will Have On Your Body
Previous 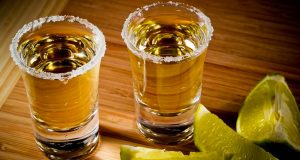 Can You Find The Hidden Cars in These Discarded Cell Phones?
Next 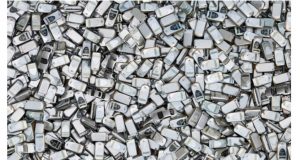