Woman Hires Plumber, Looks Outside And Records Footage That Has Internet In Stitches 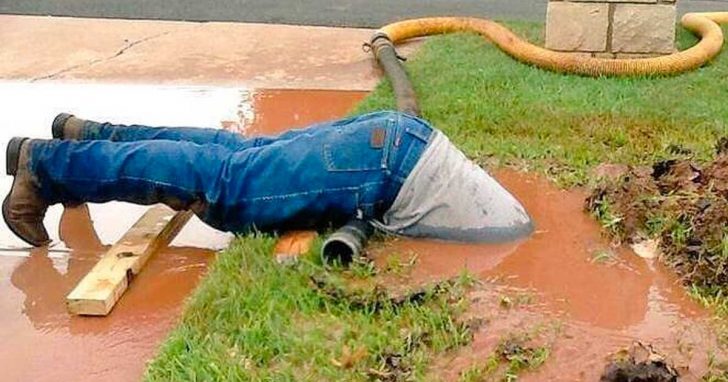 Advertisement
Quiz by Polls on November 5, 2017

Andrea Adams had a water line burst near her driveway and she called a plumber to fix it.

A utility worker from the Acton Municipal Utility District, named Jimmie Cox, arrived at Andrea’s house to fix the leak. Apparently, Cox had only taken the call to pick up a little overtime. To his surprise, the problem was much bigger than what he had expected.

The 23-year-old plumber was unsure how to go about fixing this massive leak; not to mention, Andrea was frantic about the growing flood in her front yard. This was when Cox decided to go above and beyond the call of duty and dove headfirst into the muddy hole.

“The hole was about a five-and-a-half-foot deep. There was a lady running around,” Cox told local news station WFAA.

Andrea snapped a picture of Cox as his upper body was fully submerged in the muddy water. The photo immediately began to spread like wildfire.

“Then, I posted the photo to Facebook, and within two hours, people in Brazil were commenting,” she said.

Before she was able to take down the viral photo — it had caught the attention of the ‘Dirty Jobs’ man himself — Mike Rowe. 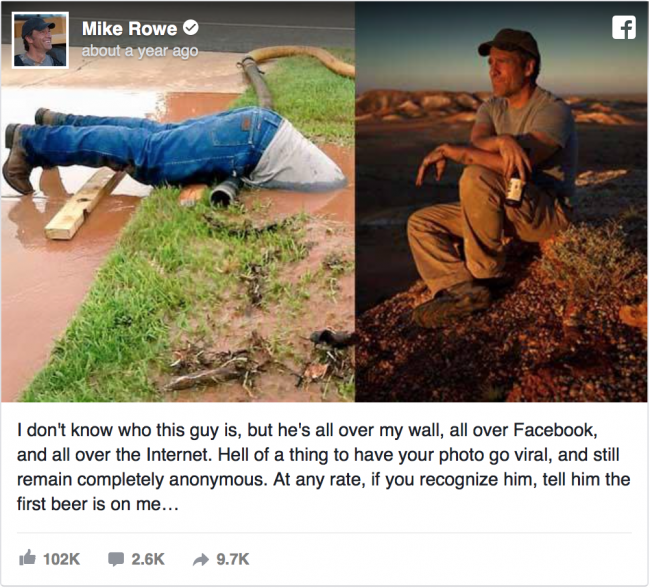 Cox received a phone call from Mike Rowe shortly after his hilarious photo went viral. And if that wasn’t awesome enough, the young plumber even received a year’s supply of Wrangler jeans for wearing their brand while being ‘Super Plumber.’ 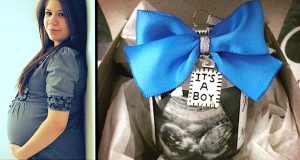 Nasty Girls Play Homecoming Prank On Teen, Then 2 Friends Teach Her Bullies A Lesson In Kindness
Next 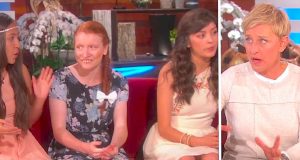